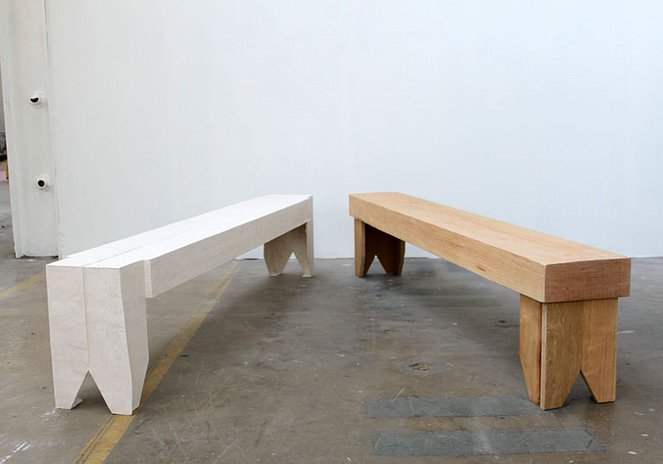 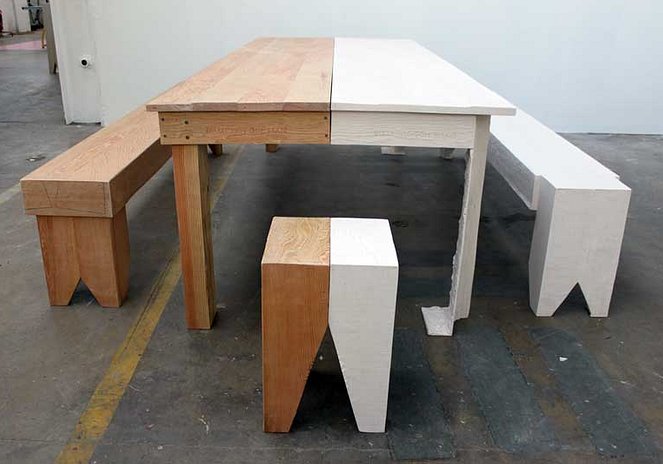 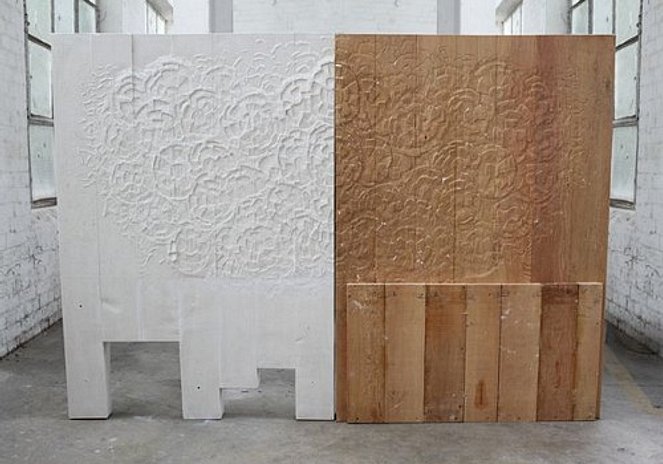 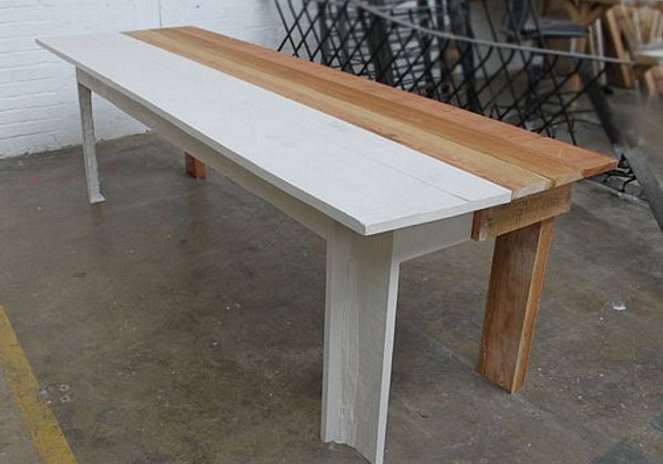 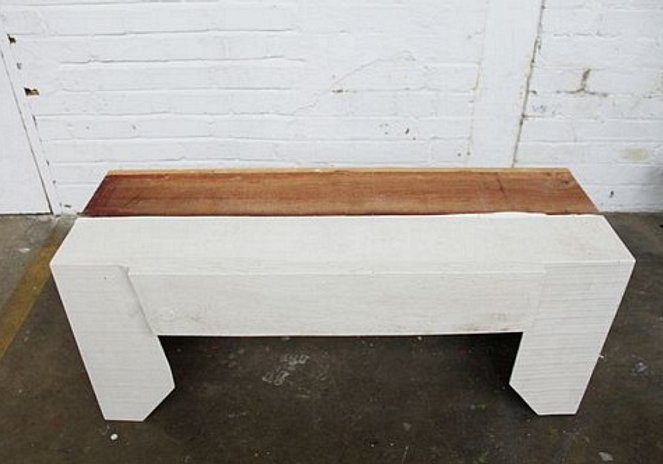 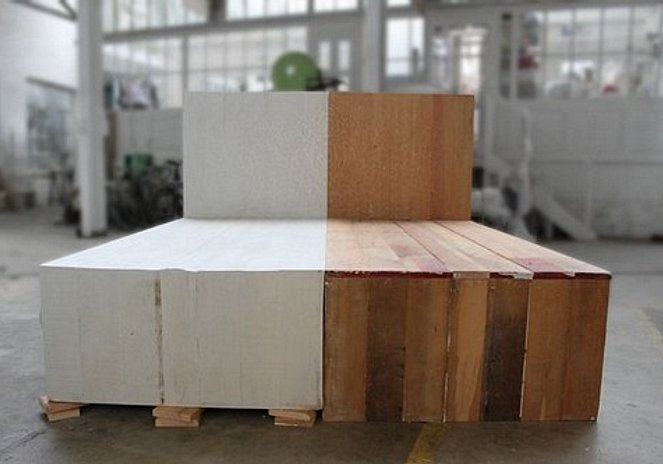 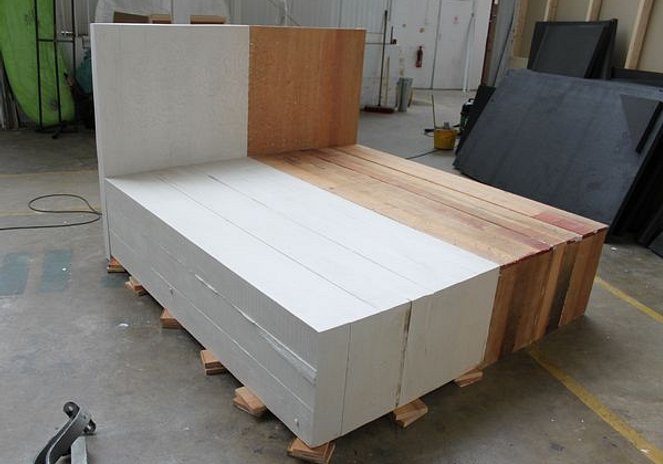 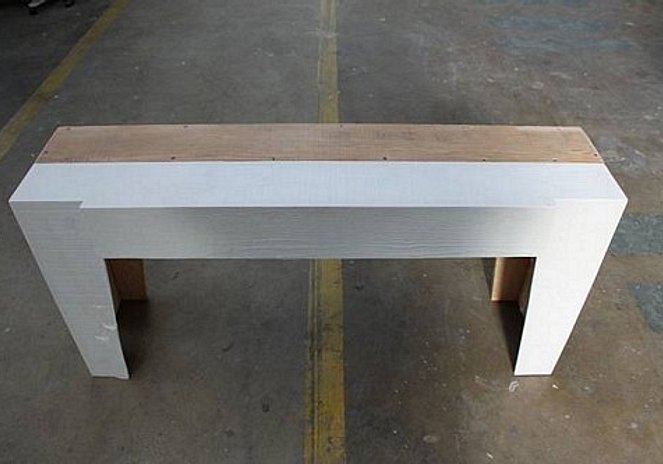 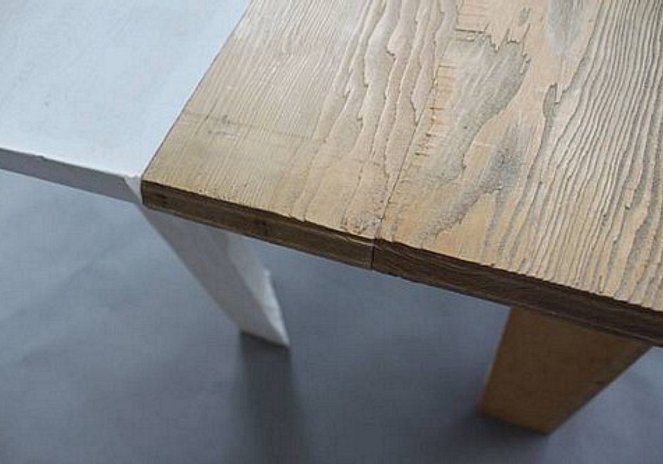 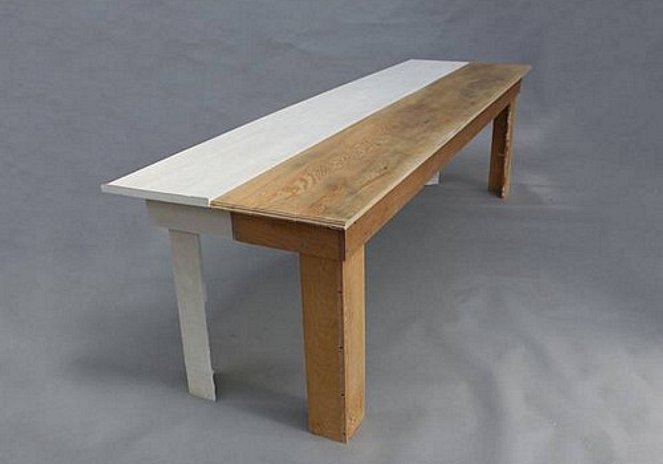 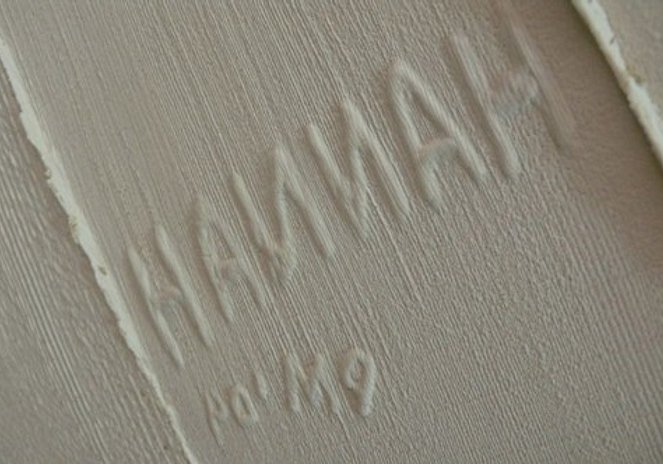 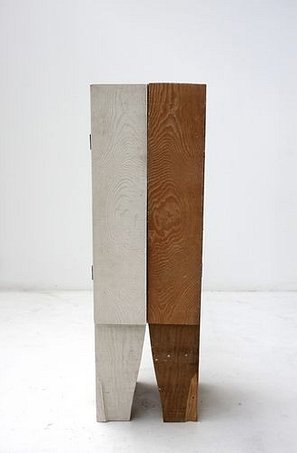 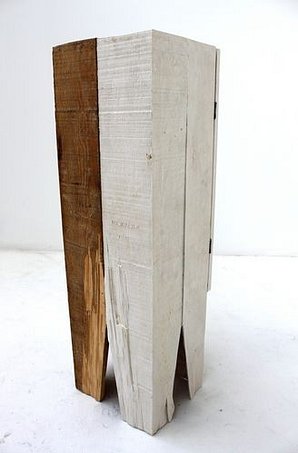 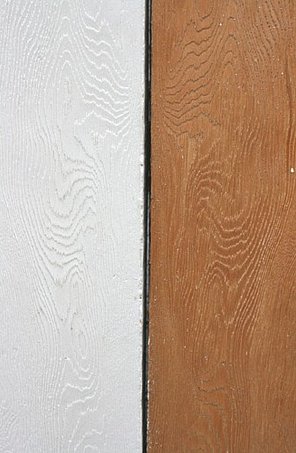 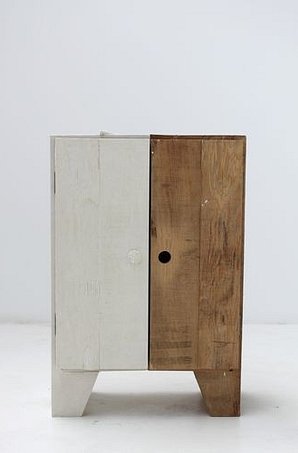 A series of furniture objects which are half mould and half cast.

The first Palindrome series was created for Design Miami / Art Basel 2009. It was a response to the brief set for the award Designers of the Future award which specified the use of plaster and mirror as the primary materials with which to build an installation (shown here).

This was the first experiment in the series which uses smashed up old palletes for the mould. All of the marks and damage on the wood appear to be like intentional decorative motifs once they are reflected on to the cast.

The Palindrome pieces are functional. They are empty forms and the reinforced cast material is strong but light and is sealed to be impervious. All the doors are hinged and the units can be used as a normal cabinet, chair or table would.